1474 Megapixels enough for you?

Stepping aside from the $40million power show which was the Inauguration ( complete with Star Wars music, some scary religious overtones and some big guns ), this is a pretty impressive picture...

Taking 6 hours for the software to match up the images we have a zoomable 2gb image of good old Barack's big day.

The detail is so fine that you can see the notes on the music sheets, but can you find Wally??

There was a slight respite in the weather today, so we jumped in the family wagon and headed to Tatton Park to get some fresh air. Getting there at just before opening meant the deer were still close to the car parks...all I needed was a silly hat to complete the experience!

I've also had time to upload the memory card(s) to the Flickr Account....so yes folks that means more pics of little Imogen. Click here but go right to the end!

This is one of my favourites from the upload...enjoy 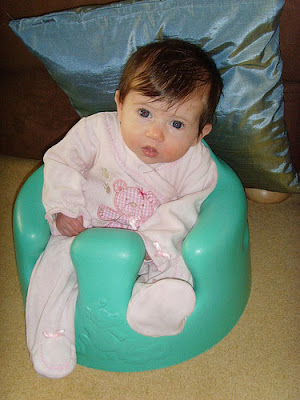 So you think you are good at Photoshop?

Though I have a feeling there is a hidden layer with the original image...?
Posted by www.vic-tim.com No comments:
Email ThisBlogThis!Share to TwitterShare to FacebookShare to Pinterest
Labels: images, layers, movie, painting, photoshop, steve peat, video

2009 has been pretty good so far. There is a new job to get my teeth into and i've been able to have some cracking time at home with little Imogen whilst waiting for the start date. The new job has also lead to a new car which comes with an iPod dock rather than a CD player ( though you can play CDs through the DVD SatNav...posh huh! ).

I've been waiting for a good excuse to get an iPod for years ( to date I've got by with a Shuffle for the Gym and long trips ), so after checking out what was on offer I went for the 120gb Classic ( the Nano was too small and I needed a music player with plenty of space so the Touch was out too ).

So began the mission that was converting the CD collection to itunes!

A week later and it is pretty much done and the mighty iPod still has 90gb left! ( I've got a cheeky external drive with another 30gb of music on, so when I get time i'll add that too ).

Now here comes the really icing on the cake....the new 'Genius' feature ( on itunes v.8 onwards ). There has been a lot said about this new Apple tool....is it Good or Evil? To be honest I don't really mind, I work in marketing so I know the power of information and if it means I can find a lost Wolfmother track or a forgotton Cream riff, then I am happy.

Just look at the playlist which was generated when I used 'Cream - Crossroads [live]' as the starting point:

Ok there are a few duds in there ( Twisted Sister doesn't really work after SRV ), but it is still pretty awesome.

Have you got Crossroads on your iTunes? What playlist does it generate on yours??

Right I wonder what you get if you start with Prodigy's 'Firestarter'.........
Posted by www.vic-tim.com No comments:
Email ThisBlogThis!Share to TwitterShare to FacebookShare to Pinterest
Newer Posts Older Posts Home
Subscribe to: Posts (Atom)