Here I am drinking Honey Vodka ( Export strength ) trying to remember all of today's rather 'interesting' adventure.... 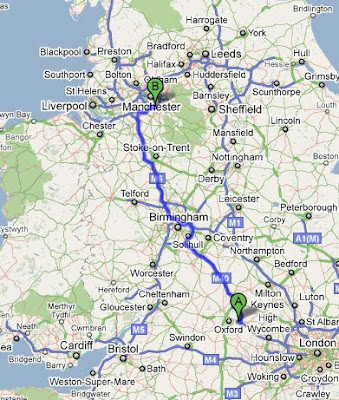 It started a few weeks back when our friends Liz and Nich dropped an email around saying they would be back in the UK for a weekend near Christmas ( they currently reside in Vancouver ). having not seen them for too many years we looked at the calendar and confirmed that we would be meeting up with them for some Sunday lunch along with a huge bunch of mate type people.

Fast Forward to this week and the country has been sitting under a blanket of snow and ice and the lunch was looking doubtful. However we really wanted to make this work, so after checking on good old FB, Twitter and countless 'accurate' websites we headed out this morning at 09:30 on the drive down to a pub near Oxford ( 158 miles away ).

It was looking good, got past work in record time, hit the M6 Toll and the outside lane had a bit of snow on it...stopped for a quick coffee at the services and then onto the M42. This is when it started to get interesting. Can anyone tell me how cars in really cold countries cope with cold weather and screenwash? As in anything under -2 my squirters freeze and I am left looking through a window covered in road crap. Cars where pulling over all over the place in a desperate attempt to clean windscreens ( to only have them crap up again 5 minutes later ). The missus even tried the bottle out of the window trick ( but it just blew back up her sleeve ). We drove on...

..then it was the M40. The road which took me home from University and also provided that route out of London to the Mountains. I thought it was my friend, but today it was definitely p*ssed off at the world. We went from 3 lanes, to two lanes, to one lane, to carnage. It wasn't looking good. Our ETA started to drag and the roads where not getting better. Just like climbers at the bottom of Hillary Step, we looked at our destination 25 miles away and turned back, it was just getting too silly. The time was now 2pm ( 4.5hrs after starting ). 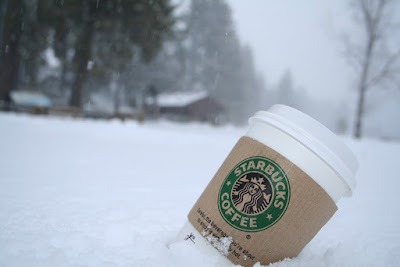 We turned back on the M40 and started looking for a stop for lunch ( and water the daises ). The first services we slid into was at Bicester. And when I say 'slid' what I mean it slip, slide, wheelspin, drift and will ourselves into. But our will wasn't enough, the carparks were a scene of devastation with cars at all angles, some left, some pumping power through low profile tyres in a vein attempt to grind them into something useful. 2nd gear, low revs and we got out ( with a quick bush stop ).

Back on the M40 we dribbled along with cars now breaking down and ending up in snow drifts. Our wills held out though ( as did our luck ) as the family wagon got to Warwick services and a welcome Starbucks. Re-fuelled we traced back out steps and amazingly somewhere on the M42 the screenwash kicked in again ( vision isn't overrated ). We finally made it back at 17:30, some 8 hours after starting off. Granted we did plan for a couple of hours there and a couple of hours back, but this was a straight 8 hour drive ( strangely the first time I met Liz and Burts I was a passenger in their car on a kayaking trip to the Alps....a long drive with a mini-disc player which ended with a flooded run on the Sanna and me spending a long time under water in a pour-over ). Oh and as we hit -8 on the M6 Toll the screenwash froze again. 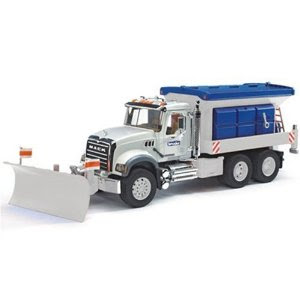 ..and what people carriers can you buy which are good on the motorway and have 4WD??

p.s. we met a family at Starbucks who had spent the night at Heathrow after their family trip ( for 10 of them ) to Disneyworld had been cancelled. So there is still some perspective to be had.
Posted by www.vic-tim.com No comments:
Email ThisBlogThis!Share to TwitterShare to FacebookShare to Pinterest

5 Minutes in the Orange Limelight

I've been working with the cracking chaps at Singletrack magazine a wee bit this year and I've also been lucky to have had spent some time with the team at Orange Mountain bikes as well ( remember the Endurance DH event? ).

If that wasn't enough, issue 61 of the magazine hit my desk yesterday and on the back cover is the 2010 Orange 'Resolve' advert....and yes if you look on the second row down on the far left that is me!!! 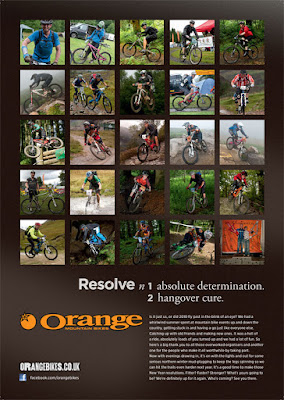 It may not seem much, but I am pretty stoked to be honest... like an early Christmas present!
Posted by www.vic-tim.com No comments:
Email ThisBlogThis!Share to TwitterShare to FacebookShare to Pinterest
Labels: 224 evo, advert, orange mountain bikes, singletrack magazine

I may have actually found a reason to own an iPhone. Whilst working this past weekend at a rather enjoyable event. I got the chance to play with the most awesome bit of kit I have seen for a very long time ( and this was at an event where I was playing with a £30,000 Phase 1 camera system ). 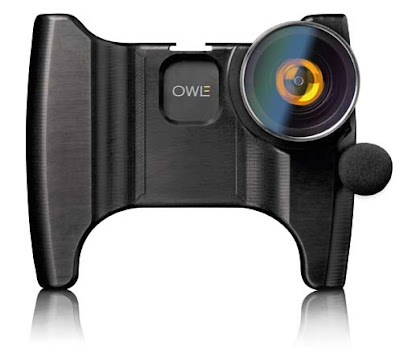 It doesn't look like much, but the Owle Bubo for iPhone 4 take the finger tapping, app overloading, hyped to the max, Apple junkfood, overated phone and makes it the most awesome movie system i have ever seen. Nothing complicated...just a 36mm lens ( to sort out the lens on the phone ), a little external mic and an very cleverly designed rig and Bob's your uncle...