Why are Chavs wearing Peruvian Hats? 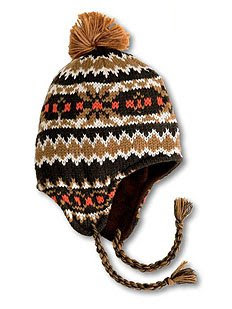 For many years they have been the preserve of travellers, hippies and outdoorsy types ( I even wore a fleece one when I was in the Himalayas many years ago ), it now seems like the classic Peruvian woolen hat has now been claimed by the Chav fraternity as a fashion statement ( it was once the Lowe Alpine Mountain hat! ). I don't think that trend was predicted?

And whilst we are on the topic, why is it that all Chav blokes ride girls bikes? Trust me...next time you see a tracksuit wearing lowlife on a bike, I bet it is a girls one!? 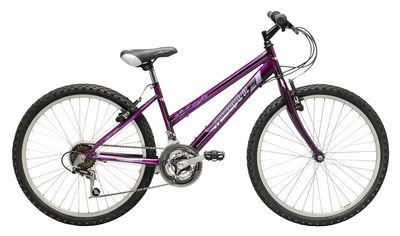 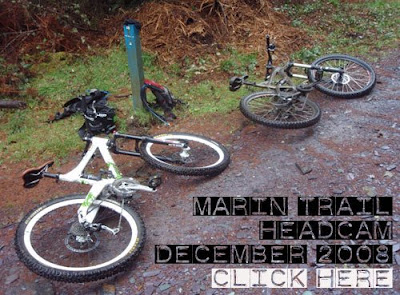 After 6 or so weeks out of the saddle and enjoying the early hours of most nights with little Immy, I was little nervous putting the biking kit together for this trip out with Wrennie.

A start before the sun came up gave Wrennie the opportunity to convince me to stop for the first time at a McDonalds drive-thru ( yes I may well have had a Maccy-D's a few times before, but I have never used one of this quick-fatty-hit windows ). An Egg McMuffin later and we were kitting up at Gwydyr Forest just outside Betws-Y-Coed in deepest darkest Snowdonia.

As seems to be the norm these days, there was a weather warning, with storms and gales lashing across the UK, ( well this is December, so it is allowed ), so we prepared ourselves for 25km of wet and windy trails. 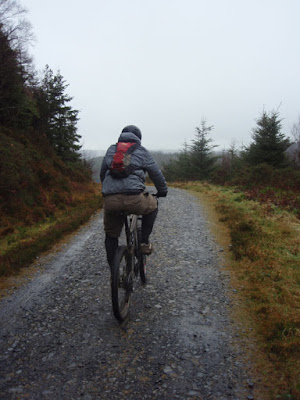 After breaking in my legs and realising that my rear mech wasn't going to be my friend this day ( I really should learn how to adjust these things ). The fireroad hill climbs soon became sweet rolling descents.

A couple of hours later after 20 or so km of cracking trail, foggy views and blustery gales, we got to the top of the final three sections of downhill singletrack. By this time the legs were less than fresh, but there was enough left to fly through the woods in a true speederbike stylee. 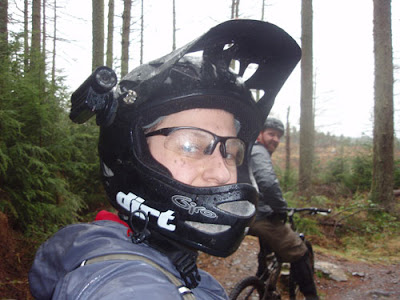 I first rode the Marin Trail ( now called Gwydyr Forest as the sponsorship deal ended a while back ) before it 'officially' opened on my old hardtail bike. It hasn't changed too much in the years that have gone by. It has a nice old-skool varied flavour with most climbs on fireroad and nothing too cheeky to catch you out. However, unlike riding at the trail centres, you do feel like you are actually getting away from it on this ride. Dare I use the old cliche...it's a 'classic'?

If you are keen you can combine it with the trails at Penmachno ( which I haven't ridden, but they are supposed to be pretty good ), but we opted to combine it with a big basket of chips in Betws-Y-Coed which given my time of the bike and the inclement weather was a welcome choice. 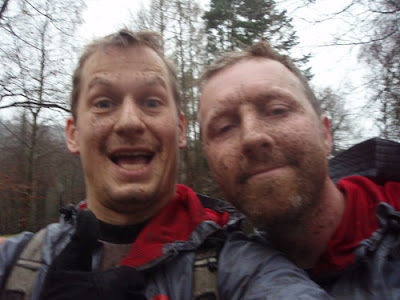 Click here for the headcam footage ( featuring the final 3 sections of downhill trail ). 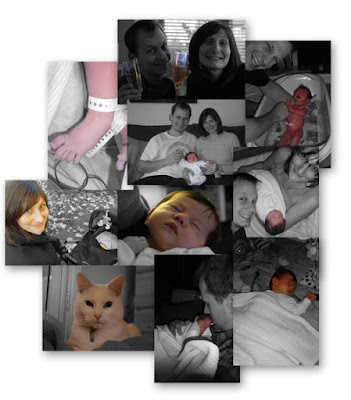 Now where is my Gluwien...
Posted by www.vic-tim.com No comments:
Email ThisBlogThis!Share to TwitterShare to FacebookShare to Pinterest
Newer Posts Older Posts Home
Subscribe to: Posts (Atom)