Yesterday I popped along to my local park in Cheadle to check on the progress of a project to re-build a derelict BMX track back up to a serious standard. I've ridden this bit of gravel loads of times and was going to be taking the girls there in the summer ( especially after Immy enjoyed the Strider Sessions at the British Cycling Track ), but it has certainly seen much better days.

It was a low key affair with a very keen council representative selling the idea to the locals and a rather impressive representative from North West Mountain Bikes, none-other than Rick 'Ricky Bobby' Clarkson ( him of Steve Peat's mechanic fame ). There was even a random appearance by Syndicate rider ( and local hero ) Josh 'Ratboy' Bryceland , who gave the plans his (unofficial) approval. To be honest the support from the local riders was rather thin on the ground, but big things grow from small starts and hopefully as word spreads the riders will come out of the woodwork ( and those chaps at NWMTB are perfectly placed to get people involved )

So what is planned? Well from the drawings it looks pretty impressive, a proper race ready BMX track, with plenty of whoops, bumps, berms and whippy tops. I'm a little concerned that due to those lovely Local Government cuts there is no money for a warden, but if built correctly it should be relatively easy to keep clean and tidy ( and hopefully the local skids will realise it is better to have a track which you can ride, rather than something you trash because you haven't got the latest XBox game ) 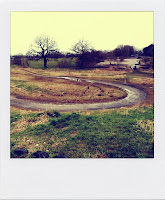 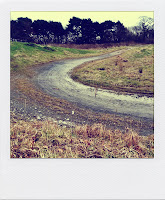 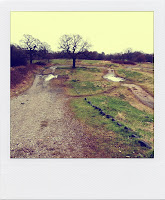 And this is what is proposed: 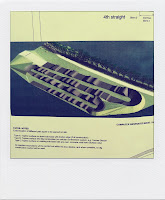 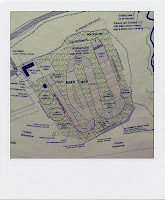 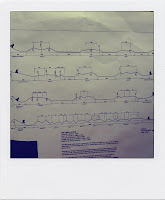 Whilst I am not the biggest BMX race fan, two wheels is still two wheels and look at how much fun this track could be!

So I signed up to be a volunteer. Not sure what that means yet ( and the organising team/person doesn't yet either! ), but I am one of the many guilty bikers out there who have ridden trails all over the UK and not spent enough time building/maintaining them.

Oh and if it does go ahead then I think I can justify another bike?

NB: It was raining/snowing so used Polaroin for the images....just 'cos they look like token retro shots.The originals and some panoramics are up on my Flickr.

I've had a number of forays into the world of video in my time. These have involved everything from filming skateboarding events with a classic Sony VX-1000 to hanging out at the British Snowboarding champs with a Fuji bridge camera. In recent years I have played around a fair bit with action cameras with the trust original Vholdr ( now Contour ) attached to my bike lids.

I've never really got the quality I would have liked ( though lets not forget the net has had to catch up a fair bit in recent years ) and fell out of love with all the editing that was needed to make a good movie.

So honestly I am not really sure why I decided to make a mount for my trusty Sony HX-9V compact camera out of a Joby ballhead and old lighting bracket ( shhhh it's from a competitor brand ).

I'm probably not going to use it much as I really do like this little compact and I don't think it will like being treated like a crash test dummy. However the first results were pretty impressive.

Three lines down Style Cop at Cannock Chase on the awesome Saracen Ariel 143. 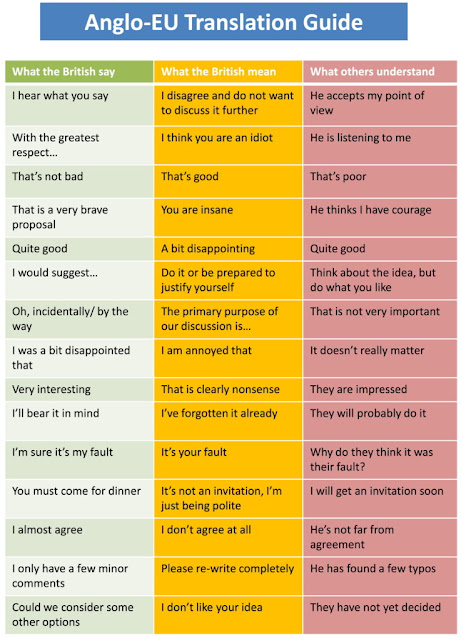 Ok, that is a proper weak blog title, but I am in a little Google battle to get back to the top of the search results ( yes I know it's sad, but it keeps me happy ok! ).

10 years ago I was heading out to the US to work for the first time and I needed a new Passport quick. Given that I was living in Runcorn at the time, the nearest office who could sort one same day was in Liverpool. Throw in early digital camera processing and that is how I ended up looking like a Vietnamese POW.

Back to the present day and I need to renew it ( not just for work, but also so that Eva can get her first one ). Not so rushed I got some pics done at a local shop.

And I haven't had any media training..