Writing stuff for other people

Been a few years since I wrote for another website, but those of you who can cast your minds back will remember that before Tim@Lowepro, Tim@Etnies, Tim@Pyranha and Tim@Outdoorgarage, I was originally Tim@playak. ( before you ask the Outdoorgarage domain has changed so many hands since i owned it that I have nowhere to link to )

It must have been around 98 or 99 when I first starting writing for the original Playak site. In those days I was using a University drop in room ( shhhh even back then I worked out how to bypass all their systems ) and it was before the 'bubble'. Fun days indeed and got to write lots of stuff and go to lots of events. Unfortunately ( and annoyingly ) all my articles were republished when the site had a face-lift and my name was taken off...such is the Wild West of web land. However, you could argue that in writing for them I started down the route to Pyranha ( as I wrote one of the first reviews of the S6 Kayak for the site ), but who knows what role each unique decision plays in a timeline ( and there is of course no such thing as fate ).

Since those early stoooodent days, I've been fortunate to work in a somewhat creative roles (cough), but regardless of that, I think it is important that everyone has some sort of outlet for their musings. Could be writing, could be snapping, could be painting. Who knows what is lost because someone didn't express it in some way? Granted the media is 99% rubbish, but that 1% can change the world.

And that is why this blog exists....( though might just keep it to my musings rather than trying to change the world ).

Took the girls to the new Lego store in the Arndale yesterday. Apart from a protracted discussion over the merits of the Star Wars collection versus the new 'Friends' collection with Immy, we also made these two custom Lego figures.

Not sure why Eva chose a shovel though?
Posted by www.vic-tim.com No comments:
Email ThisBlogThis!Share to TwitterShare to FacebookShare to Pinterest

I was lucky enough to make the most of the sunshine and get out of the concrete of Greater Manchester and into the Welsh Mountains at the weekend. The primary aim of the trip was to get some shots for work and given that there is an embargo on what I was shooting I will have to be a little bit vague.

Either way I ended up at the mighty Pont Cyfyng on the Afon Llugwy with old pal Tom and boating model for the day, Mitch. For those of you who have a good memory I actually wrote a guide to these set of special waterfalls some years ago for Ceufad Magazine and I was nice enough to re-publish them here.

The light was something special. Given the time of year and angle of the sun, I'm not sure it could be repeated without some heavy cloud cover. This of course meant the challenge of shooting a colourful well lit subject against dark rock and with another colourful subject in white fast moving water.....errrrr what setting does that on my camera?

Tom was out shooting a new project related to the awesome new and improved  Welsh Rivers Guidebook ( follow them on Facebook and buy a copy here ) and at one point we had me shooting him, him shooting Mitch and Mitch shooting us both ( avec GoPro Hero 3 ). Twas a fun morning indeed.

I filled a memory card and got a couple of bangers. Just need to see if they will work in adverts and other branding fun and games.

Tom got this composite and yes I do like my Orange Patagucci jacket and didnt choose it because it matches the Lowepro logo...

The afternoon was spent playing on a locals track just down the road, but that is another story. 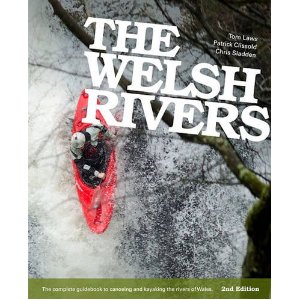 I've just tried to explain Anakin Skywalker's role in the 6 episodes of Star Wars to a four year old. I think I failed. How exactly do you cover the whole Leia / Luke thing? What is the age gap between Ani and Padme in Episode I?

And wtf is Yoda?

Whilst I regroup here are some silly facts about the greatest series of all time. 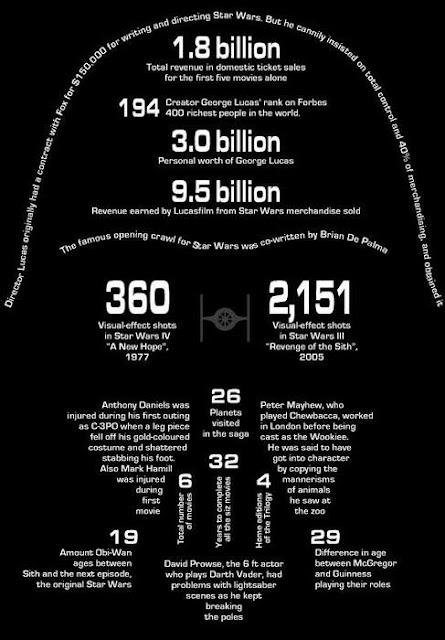 Got to love Fuzzy Felt.. 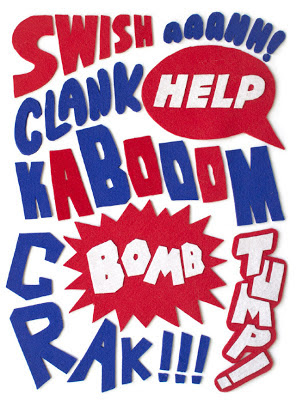 Do I get a prize?

And I don't even have on of those silly posed MBA headshots? 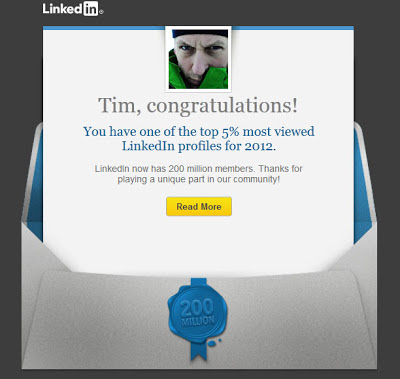 Posted by www.vic-tim.com No comments:
Email ThisBlogThis!Share to TwitterShare to FacebookShare to Pinterest
Labels: linkedin, top 5%

I should have bought a BMX

Ok, I admit it, I have never owned a BMX. Even with a starring role in ET and whilst my school chum Simon had an awesome Silver Mongoose, I was still riding a trusty Grifter. Then, what seemed like years later, my other school chum, Tim, got a Puch Mountain Bike ( one of the first in the UK and yes made by the company who make those little moped things ) and any interest I had in BMXs went out the window. 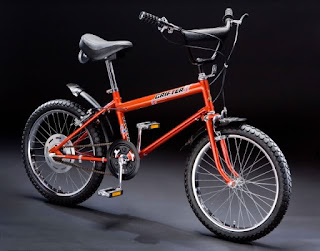 From the Grifter, I followed Tim ( yes, one of the original 'Tims'), into the world of Mountain bikes with a Peugeot 'Safari' and then through a succession of Marin's, British Eagles, Treks and other stuff. I used them to ride the trails along with commuting 10 miles to work ( remember when one bike did it all? ). I never really missed not having a BMX. 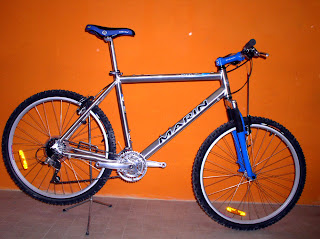 The Marin Hawk Hill - My first bike with Front Suspension

Many years later I started work at Afour ( which became Sole Technology UK ) and I was once again exposed to the world of BMX with the brand Etnies. But even with being involved in the UK premier of the mighty 'Grounded' BMX film ( as a side note this introduced me to the Black Keys, so I will always be grateful for that ), I stuck to Mountain Bikes, whilst Etnies, at the time, focused on it's skateboarding portfolio. 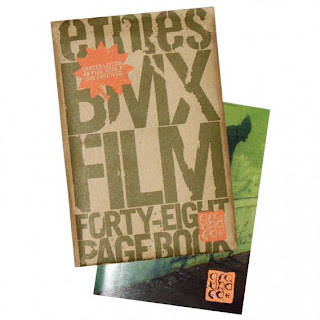 Roll on a few years and I found myself a couple of weeks back at Manchester BMX track riding for the first time a small wheeled beast. Yes I am now 35. This I now realise was far too late. Hindsight is a wonderful thing, but instead of hanging around New Deal Skates trying to be good at skateboarding through osmosis, I reckon I would have been better off learning to jump a BMX. Call it heresy, but I have never been that good on four wheels.

So why write about this now when clearly I am all about two wheeled action these days? Well last night on my little Blackberry screen I watched this video.

Just check out the entry at the 2min mark. THAT IS INSANE!

So what can I do? I'm never going to be able to jump a big like these guys but with Sprog No.1 now riding her first pedal bike and Sprog No.2 not that far behind, I am going to make ruddy sure that both of them spend some time on BMXs....

Got to love this project from the Emerald Isle. A bunch of designery types got together to make some posters highlighting the classic feedback/input they had all received ( and continue to receive ) over the years.

Here is my favourite: 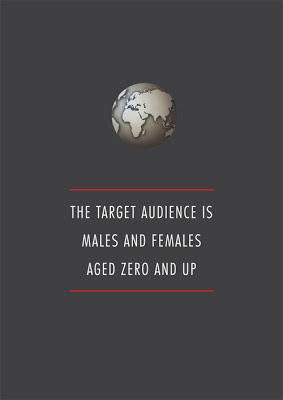 But they all make me chuckle...and the one below reminds me of this video 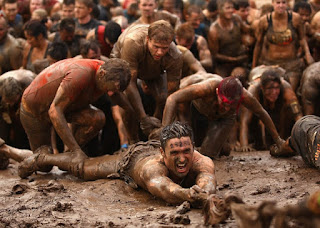 So it looks like the North West Tough Mudder is back for 2013 , I did it last year, so naturally in internet land that makes me an expert?

Either way, here are my top tips for a fast time:

1) Run - I spent most of the day overtaking people who were walking. If you want a fast time, run.

2) Have a top team - The course is impossible on your own as you need leg ups on a number of the obstacles. Have a small team who all want to run. ( my team got me over the Quarter Pipe, without them I'd still be there )

3) Wear gloves - Ignore the rubbish on other forums, by all means take them off for the monkey bars bit, but for all the muddy rubbish they will make you go faster ( as you wont be worrying about protecting you delicate skin )

4) Get an early slot - If you run you will overtake most people in your wave, you will loose time when you queue for obstacles. Get an early wave and avoid the queues.

5) Ignore the American Cheer Leading crap - It's not the Toughest Event on the planet. It's a good muddy run with mates.

Oh and it helps if you can run 12 miles on the flat before the event!

BTW: I did it in around 2hrs 20 mins. Given similar conditions and a bit more training,  a time under 2 hours is very possible ( though would need to get my sorry ass over that Quarter Pipe in one go! ). I read somewhere that the average Tough Mudder time is 4hrs?? If you do it anywhere near this time, hold you head in shame. 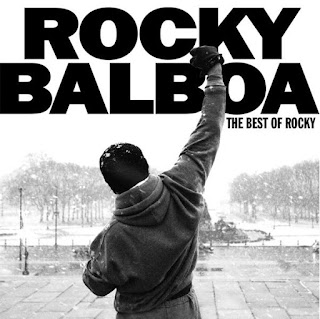 I should have got this years ago. Just check out the gut busting track listing... 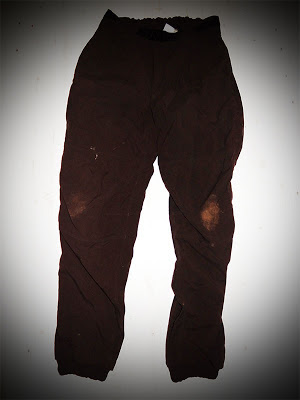 Back in 1993 the mighty Aardman Animations premiered their award winning Wallace & Grommit flick called 'The Wrong Trousers'. At this point I think I was still buying my bad fitting jeans from the Madhouse shop in Harrow Town Centre. Roll forward the clock and a few years later and I found myself 'studying' in the North West and searching for a new pair of slacks after killing a nice pair loading up kayaks on to a Metro covered in black tar/filler/paint stuff ( Yes Mr Clarkson that was your car ).

It all goes a bit fuzzy,( I blame the cheap SU bar ), but I think I got these trousers in the Rock & Run store in Castlefields,or it might have been Cotswold Rock Bottom on Oxford Road? Either way they were on a deal and they were called 'Base Camp Trousers' by The North Face ( who have never been able to better their early 90's 'Mountain Jacket' ). So that makes these trousers over 10 years old ( argggghhhhhh ).

They have seen plenty of action, even some glue marks from fitting out a kayak by the 'sit in the seat whilst you glue in the padding' technique, but they are still going strong.

However, they have a feature none of my other trousers have, elasticated ankles ( keeps the dust out in deserts and all that ). I didn't think much of this until I put them back on again yesterday for some DIY duties.

With that innocuous, but tactile action, memories of putting them on in the dark, in the wet, in surf beach car parks, in the snow, in various tents I have owned over the years. Putting them on quickly by the side of the Afon Conwy in North Wales trying not to flash the locals and putting them on as solely comfort pants came flooding back. So whilst Wallace had his adventures in the Wrong pair, I think with these I got it Right.

Yes I did just right a blog post about a pair of trousers, but you read it.
Posted by www.vic-tim.com No comments:
Email ThisBlogThis!Share to TwitterShare to FacebookShare to Pinterest
Labels: equipment review, the north face, trouser
Newer Posts Older Posts Home
Subscribe to: Posts (Atom)