Larry the Lampost and the Need-Less Campaign 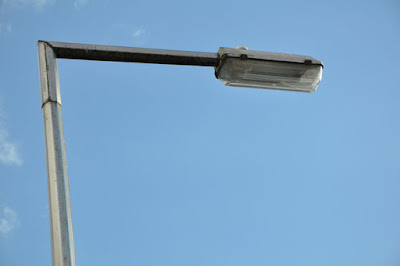 This is Larry the Lampost. He lives outside my house and doesn't really say much. In fact he pretty much ignores me, even early in the morning when I am going to work.

I don't hate lamposts out right. In fact I have been really quite grateful for them as I've wondered back from somewhere late at night* ( they don't even snigger when we are stumbling after a cheeky pint of Black Sheep ). But recently they have really been starting to annoy me.

As many of you know, we have a little one at home now. With her cheeky little sleeping patterns we have seen plenty of late nights, early mornings and all the hours in between. One part of the night I have enjoyed since day one is doing the 'dream feed' at 11pm. It is my quiet time with the sprog when mummy is asleep. Sometimes she is awake, sometimes she never opens her eyes, but she always enjoys her feed.

And sitting in the bedroom with bottle in hand, gurgling Immy in my arms and looking out of the window I see this... 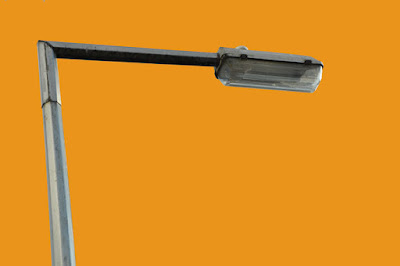 I'm not sure if I got the Orange the right pantone colour. Sometimes it is quite lurid, sometimes it looks like a bad case of the squits. Either way, it is not what I want Immy to grow up looking at.

I want her to look up at the night sky from her Bedroom window and see this... 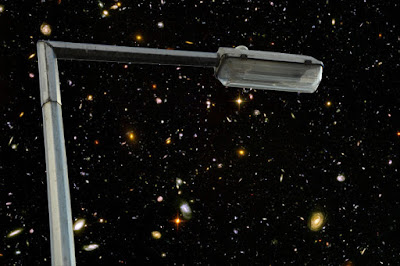 For those of you who think that is a fake backdrop, it is a true image called 'Deep Field' taken by the Hubble Space Telescope, which is the only optical telescope which is free from the distortion created by our atmosphere and the light pollution this planet of ours puts out.

I'm not the only one, just Google 'Light Pollution' and check out the 'Need-Less' campaign.

Is it too much to ask?

*Just to point out I haven't had a late night out for a very long time, I'm all grown up now....well almost!