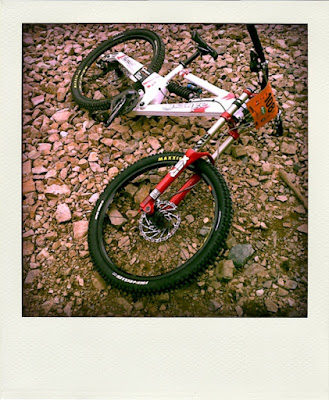 The Orange 224 Evo - my toy for the weekend
10 days after the event and I can still remember pretty much every rock on the Fort William World Cup Downhill track, after all I did get 6 hours to get to know it personally. 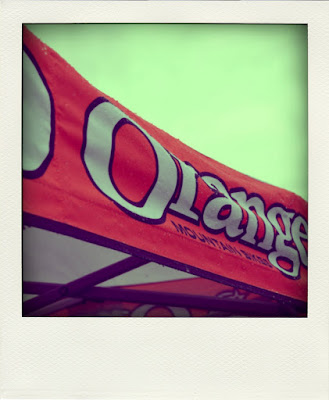 It's their fault...
So, the short story is that after a phone call from one of the main men at Orange Bikes I ran out of excuses and found myself driving up to Fort William ( with one of the other main men from Orange as co-pilot ) to compete in the World famous No-Fuss events Endurance DH Mountain Bike Race.
Here is the rest of story in Polaroids: 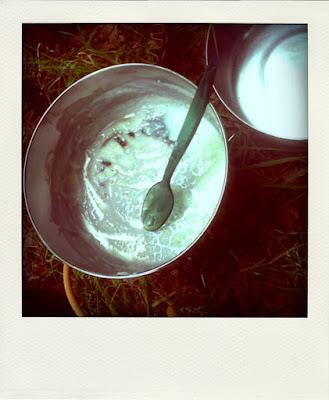 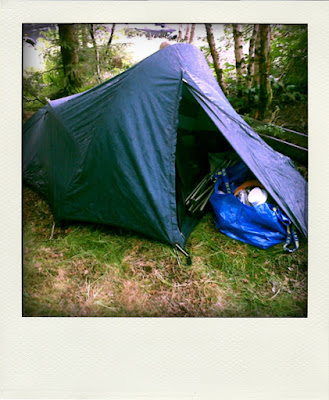 Trusty little tent hidden in the woods next to the trail. 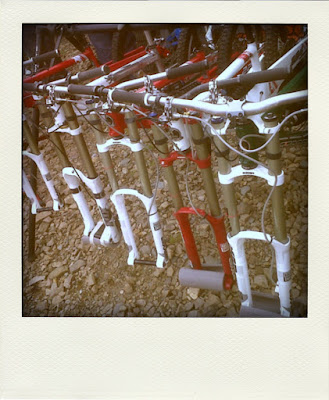 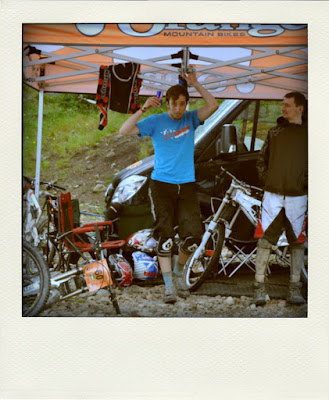 The Orange Factory Team ( David and Vaughan )
( Dave won the in-house comp on an Orange 5, the crazy fool ) 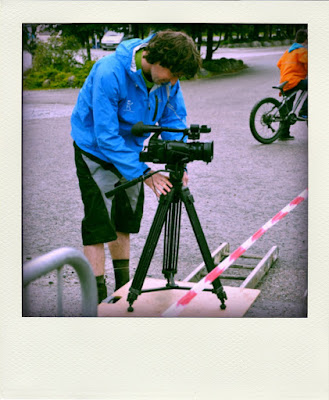 Stu from MTBcut was on hand for filming duties. 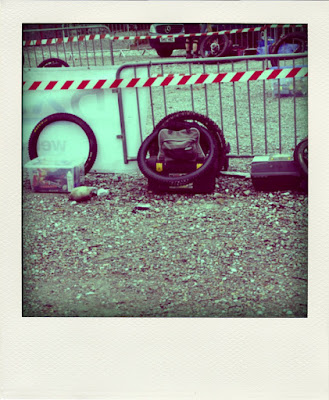 The pits were set up with spare wheels a plenty 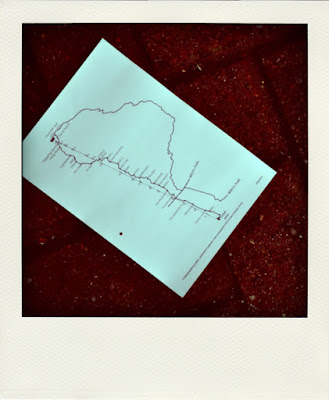 The course is world famous, but it was still my first time on it. 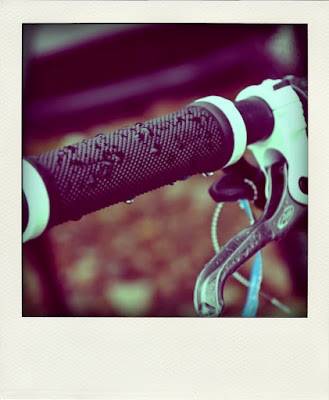 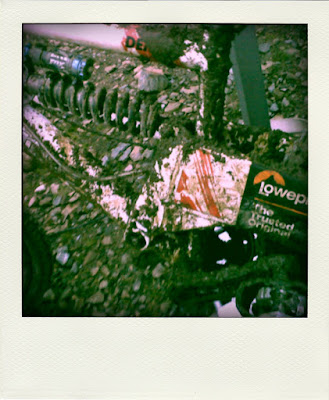 Yes it was muddy. 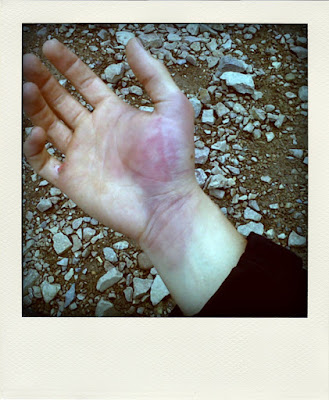 Yes I hurt my hand 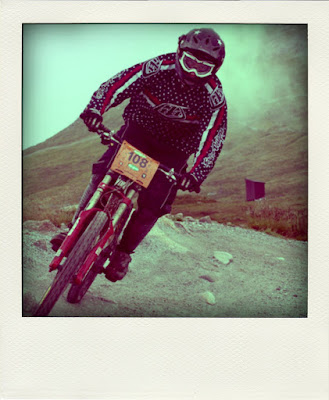 Yes it was the an amazing course and stupid amounts of fun. 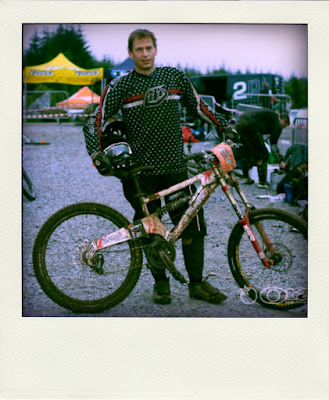 Check out more events by the team at No Fuss ( including the MacAvalanche!? ) here

Check out the MTBcut video here ( pay close attention to 1:05 as well as the load screen )