Just get on your bike. 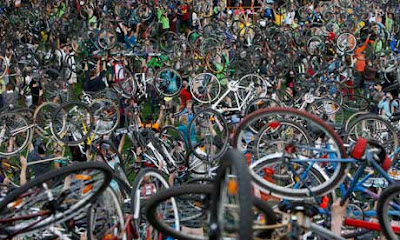 Been up since 5am this morning. Caught the redeye train to London to conduct a round of interviews for work in a mini heatwave of 32 degrees. I just couldn't help but look on jealously as the cyclists of the city made their merry way around. Their speed creating their own air conditioning. Some on Boris Bikes, some on carbon racers, some on battered old mountain bikes.

I didn't get on the Ride for London list this year ( see old posts with some mini-rants about it being another London Marathon where only the big charities can get places ), but I am desperate to get back to the smoke of my youth and once again explore it on two wheels.

It should be no surprise that getting hold of a Steel dream machine from those awesome folk at Genesis has been a mini revelation for me. Lets not get crazy,I'm NOT going to start shaving my legs, but lets just say my mind is not not only full of mountain missions, but also the roads to those mountains. 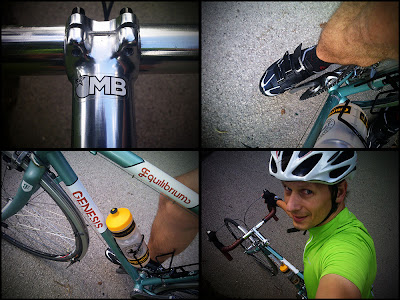 Posted by www.vic-tim.com
Email ThisBlogThis!Share to TwitterShare to FacebookShare to Pinterest